Paper (Greek pápyros; papyrus plant) is a material used for writing, drawing, printing, packing, etc. It is mostly made from wood or cellulose.

The age of modern printing, which brought about a significantly increased paper consumption, began with the invention of the printing press. It was accompanied with a gradual development of artisan production of paper; cotton, flax, hemp, rags were used as raw materials. However, due to an increased consumption and the lack of raw materials, paper was constantly lacking.

In 1799, the Frenchman Louis-Nicolas Robert introduced the first steam-driven paper-making machine able to manufacture paper in a continuous strip using a continuous sieve and rags as the primary raw material. However, they were insufficient to meet the increasing need for paper. The German inventor Keller used a wood-grinding machine to obtain wood fibres; mixed with rags, they provided fairly good pulp for paper-making. This method was used to obtain wood pulp, as the primary raw material, which is still used in the production of magazine paper. 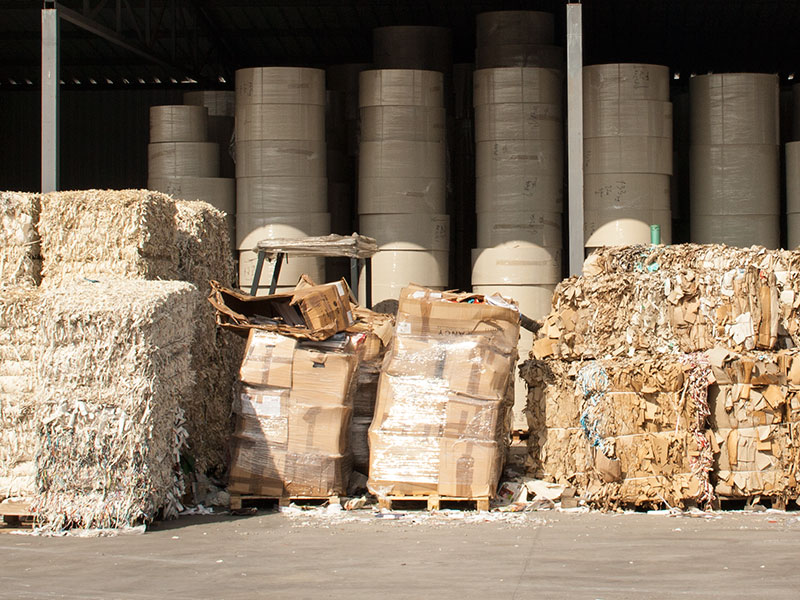 Paper waste accounts for 30 percent of the total recyclable waste. By recycling 2.1 tons of paper it is possible to save two tons of natural wood.

By collecting 100 kg of waste paper we save lives of two trees, which will in return produce the amount of oxygen sufficient for 40 years of our lives.

It is possible to recycle all kinds of newspapers, paper bags, writing paper and all packaging made of paper. By recycling paper we save forests, rivers, lakes, and, accordingly, other living beings which depend on them in one way or another.

It takes two tons of wood, three tons of steam 7,400kW of electric power, more than 50,000 litres of water to produce one ton of paper. On the other hand, the process results in 50 cubic metres of wastewater and 300 litres of chemicals used in the process of cooking wood.

It takes 1.2 tons of waste paper, two tons of steam 3,600 kW of electric power, 16,000 litres of water to produce a ton of paper from waste materials, namely waste paper. On the other hand, the process results in 7 cubic meters of wastewater without phenol.

By recycling one ton of waste paper 17 trees are saved from cutting, while power consumption is lower by 60 percent than when paper is produced from wood.